Traveler {trav-uh-ler} noun: A person who travels or has traveled in distant places or  foreign lands.

Some things I love as much as travel: My family, sunshine, culinary treats, words, books, music and  my passion for living life well! 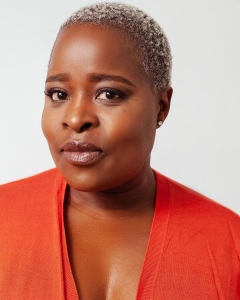 My initiation into travel was rather unexpected and came at the age of 4&1/2 when my parents decided to emigrate from Trinidad and Tobago to Canada with my siblings and I.

I wouldn’t get on an airplane again for another 12 years for fear that my life would be turned upside down all over again if I did.  Instead, I did road trips with my family.  Fargo and Grand Forks, Minneapolis repeatedly, New York, Pennsylvania and Philadelphia all by the time I was 13 years old.

I finally took to the air again at 16 to see more of Canada and I was forever changed, in the best possible way!

As a voracious reader with an insatiable sense of curiosity and a good imagination, by the time I was 11 yrs old I was dreaming of living in Paris, holidaying in Corfu while learning to speak Greek and trekking through the mountains of Peru before I made my way by ship to Europe where I would study in Spain and Portugal. Little did I know how far my imagination would take me because later on as an adult I had an opportunity to leave Canada and travel for 6 months and through manifestation, I turned that six months into 10 years and lived in 7 different countries, sailed around the world a few times while working for a cruise ship company and visited over 60 other countries along the way.

Once I returned to Canada, it was obvious that I was called to share my knowledge of the world with those who were as curious as me and who shared my passion to see the world and create big, fun, joyous experiences one country at a time.  So, I became a travel agent. Since then I’ve eaten my way through the Caribbean, drank my way through Europe and excursion-ed my way around places like Alaska, Iceland and the Netherlands

Ten years later and we have QmooniTi!  It’s more than just a travel company, it’s a lifestyle!

I invite you all to come and join me on this exciting journey and let’s share our tales and adventures.  Let’s taste the unique flavors of diverse cultures and graciously explore the creations and traditions and dance to the rhythm of the languages of the world as we jet-set from continent to continent!

“The world is a book and those who do not travel read only one page.” ~ St. Augustine

Tripzter Travel is our host company and also our partner in tours and adventures in global travelling. Our team is based in Tripzter Travel locations and we are happy to have Tripzter’s support in all of our travel operations.

Check out our Air Canada online booking tool if you’re more of the DIY traveller.
Air Canada has flights in all classes from Economy to First Class, both Nationwide and Worldwide.

The CIBTvisas Difference + QmooniTi commitment to serving you.
The Fastest Way to Get a Visa

The leading global travel visa service with unrivaled capability to obtain business and other travel visas for corporations and individuals worldwide in a fast, convenient and secure manner.
We are the World Leader in Global Mobility!

Over 1,600 expert immigration and visa professionals utilizing industry-leading technology to ensure that you always have the correct legal documents required for your travel.
We are Fast, Easy, and Secure!

*Strict adherence to complex global and national legislation and regulations in addition to the secure safeguarding of your personal data.